Being Aware Of Yourself

Anthony de Mello wrote an excellent book entitled Awareness, which is about how we sleep, in a figurative meaning, through our lives and aren’t aware of ourselves and even less so of the environment around us.

We sleep. We’re caught up in our own problems. We’re worried about what will happen tomorrow. Or why we disgraced ourselves yesterday in front of a group of people, what they could be thinking of us now; and this is something we mull over in our heads for the next two weeks. We don’t understand why the waitress served us so harshly, even though we paid her anyway. We don’t think of the fact that she may also have had a bad day. We sleep. We see neither ourselves nor others. We only see polished shoes, clothes, mobile phones, cars and other material goods, which bring us that last and only joy. Wake up!

There are thoughts going on in your mind, of which you’re not sure they’re still yours. Instead of your own thoughts, there is yesterday’s news. What if this happened to you? To your children? What then? Because you sleep, you can’t control your thoughts. You want to know why the neighbours broke up. How could he have left his family? How could he, the bastard?! Wake up! You have no idea of what’s really going on inside yourself, let alone around you.

Do such thoughts improve the quality of your life? No! They destroy you. When you finally wake up, you’re not interested in what other people are doing, where they are or why they did this or that. You’ll be too occupied with yourself to notice what the neighbours are doing.

When you wake up, you become the master of your own thoughts, you’re aware of what you’re thinking, what’s useful, what’s good for you and what drives you to despair. You still have bad days, but you take that as something transient, you notice your feelings, you let them be and observe them. As if the feelings and the pain weren’t a part of you. Just observe.

You mustn’t repress any feelings within yourself. Let them flow through you and observe the process. Consider your body as something temporary, as the place where you reside. The body gets older, the mind doesn’t. You’re the master of your body and thoughts. The first step to awakening is simple – live for this moment and watch every thought which comes into your mind. If you think a thought to be bad, don’t fight it, but just let it move on and breathe it out. Don’t even try to forget it. Simply let it go by taking the line of least resistance.

Whenever you think you’ll explode due to a slow driver in front of you, a long waiting line in a shop or a group of drunk people drinking under your window, concentrate on your breathing. On every breath. Observe how you inhale the air which fills your lungs. You can’t be focused on two things at the same time. The moment you focus on your breathing you can’t also be angry at the same time. It’s that simple and it works. Even with the rowdy people under your window you’ll achieve more by asking them to leave in a kind and calm manner. Venting your anger isn’t a healthy way of communicating. Not for others, even less so for you.

Nature is an elixir for the soul. It invigorates us. It calms the soul down and makes thoughts clear. You don’t need special meditation or yoga. By walking through a forest, you’ll receive just as much good or even more. Listen to the waters murmuring, the leaves rustling and the birds singing. Smell a flower and jump into a puddle. Wake up and live. 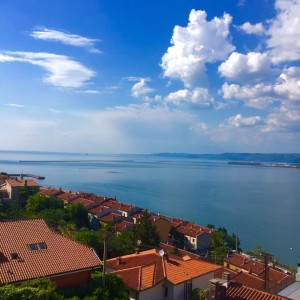