By optimism we expect for certain things to end well. To the advantage of ourselves and others. Optimism helps us at every step and in all areas.

An optimistic person will try out a certain thing and shrug his shoulders if the final outcome doesn’t correspond exactly with his expectations. Perhaps he’ll adapt his plan along the way. Ultimately, he’ll succeed or not. A pessimistic person, on the other hand, won’t even try but search for all possible reasons why that thing isn’t possible. The pessimist will already lose the battle at the very start.

Whatever we’re trying to achieve, the optimist is always in a more favourable position. However, this doesn’t mean that the optimist will always win, as with most things it’s then necessary to see them through to the end. But this is already the area of persistence which is also very important in achieving the set objectives.

Perfectionism and pessimism have the same roots. We won’t set ourselves to do certain work because we think it’s impossible to do, there’s too much of it or it would take us too much time according to our concepts. Although we may be thinking about it, we won’t even force ourselves to do the job.

For example, let’s take a flat which is neglected, untidy, with piles of dirty dishes and laundry and dirty walls. The whole place is a mess. How does the pessimist think? That there’s absolutely too much work and that it would take him several weeks’ hard work to get the flat into a normal condition. Thus, the pessimist prefers to spread himself out on the sofa, in front of the TV and “rest” his brain. One month goes by and everything is exactly the same as it was.

What about the optimist? It’s true that at the beginning an optimist thinks in exactly the same way as a pessimist. It’ll take him several weeks after his tiring job, a mountain of cleaning products, accessories and paint … but, in contrast with the pessimist, this one will make a start! The first day, he may buy cleaning products at the shop and wash the dishes. The next day he’ll wash the laundry, the third day take out the rubbish and so on. And look! A few days later, the flat will be cleaned, painted and this only for an hour of work a day. The optimist will divide the work and start doing it and will also have done it within a certain time.

A month will have passed and the difference between the pessimist and the optimist lies in a tidied flat. A month will pass in any case! The only thing that matters is what we’ll do in this time. We can take just about anything as an example. Many people want to get out of their jobs, want to work for themselves, but they don’t dare to take a step as they are afraid they’ll fail for one reason or another. Perhaps you wish to write a novel, but you never do so because you find it impossible to write a book that’s three hundred pages long. If you take the optimistic standpoint and write only one page a day, the book will certainly be finished within a year. And again: a year will pass in any case. Only that the pessimist will spend that time in front of the TV, hanging about on the Internet and will finish there, where he was. Probably with his head hanging.

Optimism, however, doesn’t mean getting yourself involved in unwise actions. To go through a crossroads optimistically in a car with your eyes closed, while the red light is on, is mad.

You can set anything your heart desires as an objective. Maybe you have wanted to ask your attractive co-worker or classmate for a cup of coffee for some time now, but are afraid of being rejected. If you never ask her, the answer will always and definitely be no! Well, except if she takes the initiative first. :)

Advice: Start now! Make a brief plan and take the first steps towards the objective you’ve set yourself. 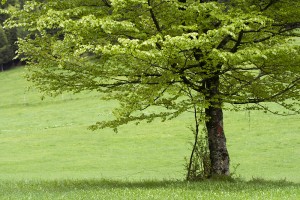